Have you submitted a comment opposing the proposed changes to Section 1557 of the Health Care Rights Law yet?  The proposal focuses on a specific section of the Health Care Rights Law that bans gender discrimination.  If the regulation goes into effect, it would erase all reference to protections against discrimination on the basis of sexual orientation, sex stereotyping, and gender identity.  There is a 60-day public comment period before the regulation is put into practice, so this your opportunity to go on record saying that you oppose health care discrimination.  We made it easy by giving you options: 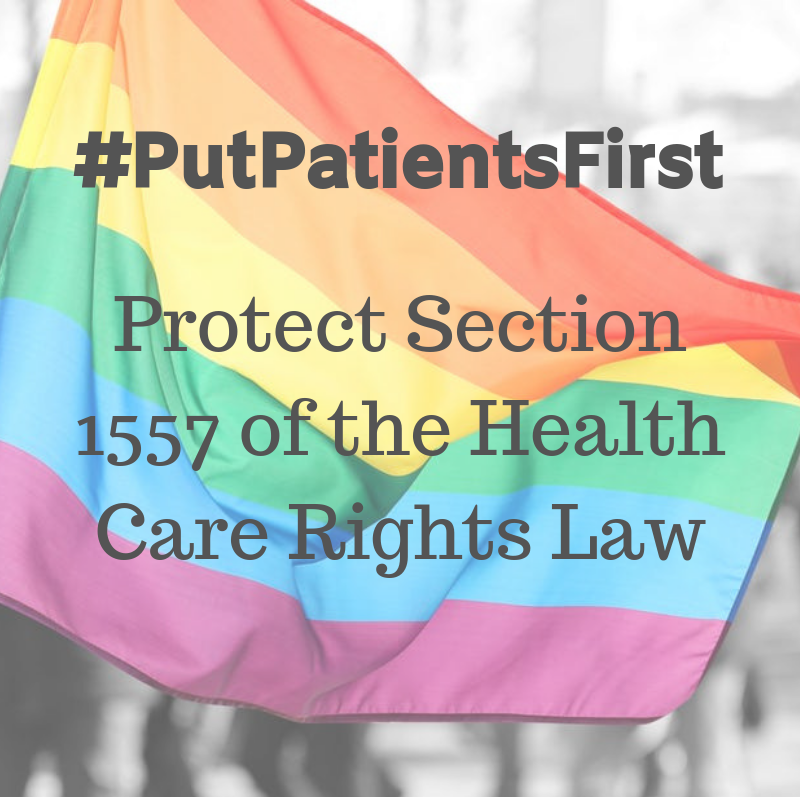 Here's what people are saying about this discriminatory proposal:

"Two of my children identify as LGBTQ. They are no less worthy of quality health care than their sibling. It's preposterous to think one child could receive care in a particular doctor's office but the other two could be denied.”  -Jennifer Robinson, proud mom of two LGBTQ kids

"Resource Center condemns the proposed revision of 1557 to specifically exclude protections for gender identity in healthcare. The rule change represents another direct attack on the transgender community from the Trump Administration.”  -Patrick Hanley, Resource Center in Dallas TX

Every Child Deserves A Family: There are over 123,000 children in foster care yet less than half of them will be adopted within the next year. Turning away potential parents because they identify as LGBTQ , are a religious minority, or are unmarried denies these children loving homes.  The bipartisan "Every Child Deserves a Family Act" seeks to end discrimination in adoption and foster care.  Contact Congress and tell them that EVERY child deserves a family to call their own. 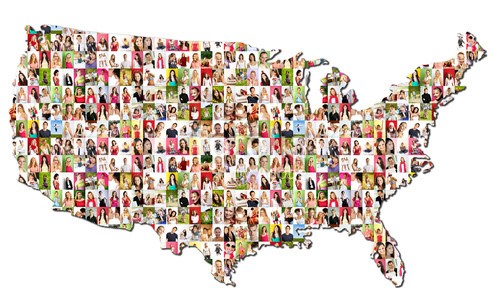 2020 Census: The Supreme Court recently decided to block the inclusion of an untested citizenship question to the 2020 Census for now.  This confirms that widespread concern about the administration’s political motives was heard.

We applaud the Supreme Court’s decision, and the decision to include, for the first time ever, a question about same- or opposite-sex married or unmarried partnerships on the 2020 Census.  But there is still work to be done. The Census does not explicitly ask about gender identity or sexual orientation.  And although the goal of the Census is to count everyone living in the U.S., certain populations are inevitably under-counted including LGBTQ people, people of color, people who are experiencing homelessness, and people living in rural areas.

The LGBTQ population must be accurately represented on the 2020 Census to ensure that the allocation of $675 billion dollars in federal funds per year to programs such as SNAP, Medicaid, CHIP, and Section 8 Housing is properly allocated. Additionally, seats for the House of Representatives are assigned based on population sizes determined in the census count.  Learn more about the upcoming census here.