The Fight For Health Care Isn't Over

This week the Republicans' Better Care Reconciliation Act failed due to lack of votes. Your advocacy is working, but they haven't given up on throwing millions of people off health care coverage.  The fight for our lives is not over.  A scarier and deadlier bill has come back to life.

Republicans now plan to vote on a complete repeal of Obamacare without replacement that would leave 32 million more without health care and premiums would double! We need to stay vigilant to stop this inhumane decision that would affect thousands of LGBT people.

Contact these wavering Senators to tell them to VOTE NO ON REPEAL. 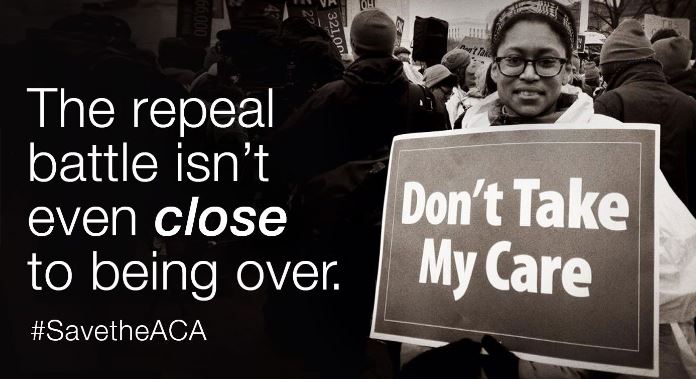