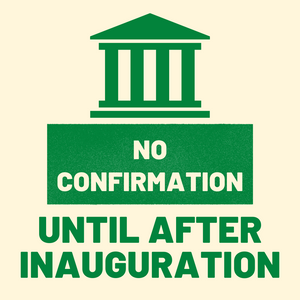 We are less than two weeks removed from Justice Ginsburg being laid to rest.  It is true that it is the responsibility of the Senate to consider her replacement on the Supreme Court.  But this is not how it should be done.

There should not have been a nomination ceremony before Justice Ginsburg was even buried.  There should not be a hearing just 16 days later, three weeks before a presidential election, when millions of Americans have already voted. The legitimacy of the judicial branch rests on the principle that judges are independent and unbiased interpreters of the law. A fair process for nomination and selection is crucial.

Call (888) 521-6658, enter your zip code, and you'll be patched through to your senators. Tell them that they must protect Justice Ginsburg’s legacy and ensure a new U.S. Supreme Court justice is chosen after the people elect their next President.

Amy Coney Barrett has demonstrated hostility toward LGBTQ+ rights in her words and rulings.

We need our Court to recognize and protect the rights of all of us. Let’s show our senators that the people are watching and that we know just how much is at stake. Call (888) 521-6658 and tell your senators to oppose the Barrett nomination.